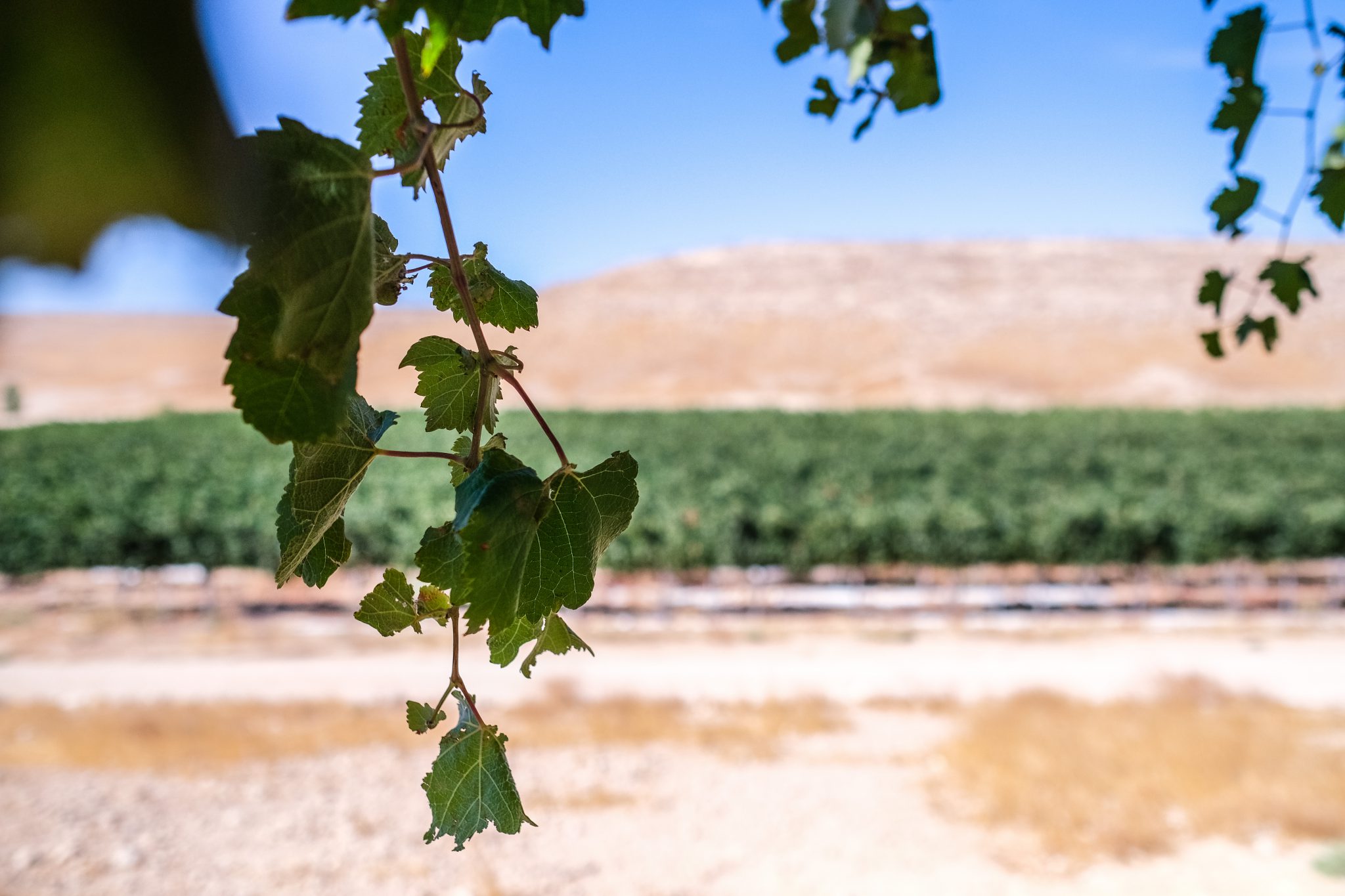 The vineyard is located in Mitzpe Ramon, in the upper section of the Zin River at an altitude of 800m.

The loess soil is rich in minerals, and the vine benefits from the range of extreme temperatures between day and night, which enables gradual and moderate ripening in desert conditions. The combination of these conditions endows the grapes with a delightful desert quality and character.

Eran Raz, known by his nickname, Nana, is a Viticulturist who has transformed Mitzpe Ramon into one of the most desirable areas for obtaining grapes. Nana’s dedication to matching the grape variety and growing method to the terroir and desert climate has contributed greatly to the maturation and success of the vineyard.

The first stage of planting took place in 2007, in an area covering approximately 30 dunams. Currently, the vineyard sprawls over an area of 100 dunams and includes the Cabernet Sauvignon, Syrah, Petite Syrah, Grenache, Chenin Blanc, Viognier, Sauvignon Blanc, and Chardonnay varieties. 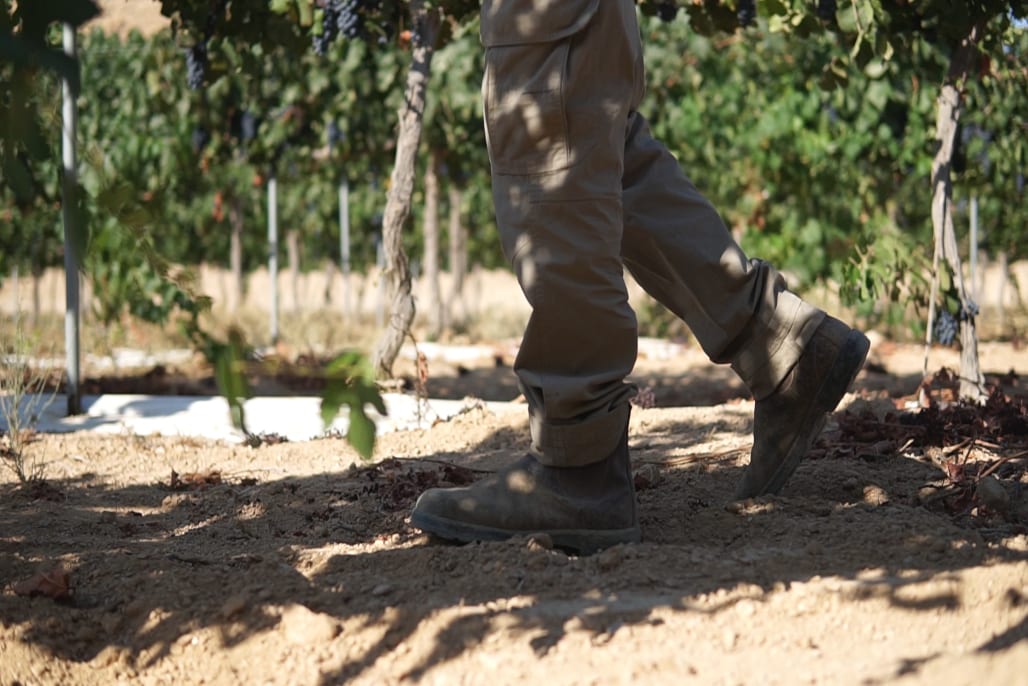 Viticulture in the desert is characterized by establishing maximum control over the growth of the vine, especially with regard to the size of the fruit. It requires a combination of advanced agronomy and contemporary agriculture, with a focus on an understanding of the desert and its potential.

Irrigation is reduced during the various stages of growth, to the point where the vines thirst for water. This technique enhances the small fruit with powerful flavors and intense colors, contributing to the unique character of the winery’s wines.

The winery’s vineyards are planted in mineral-rich loess soil, which epitomizes the desert regions. The planting direction is naturally influenced by the strong sunlight in the area. Due to the nature of the desert and the height of the vineyards, most vines are planted from north to south, balancing the amount of exposure the grape clusters receive from the brilliant sun.

Eran is married to Shahar, and father of their six children. He is a Viticulturist, man of the desert, pioneer, and visionary. The name, Nana, stems from his childhood and has remained his nickname ever since.

Even before his encounter with the wine industry, Eran worked in agriculture. Once exposed to wine, though, he discovered that “A world that bears a wild history, is a field of knowledge that is simply infinite. Wine is the embodiment of emotion, history, and soul.”

From 1998-2002, Eran served as vineyard manager of an area of 600 dunams in the Jerusalem Hills and the Adulam region. In 2002, he began advising the Golan Heights Winery and other boutique wineries countrywide who consulted with him.

Nana always dreamt of relocating to the Negev Desert. Towards the end of his term of work at the Emek HaEla Winery, Eran, together with Shahar, arrived at the decision to accomplish their dream. The couple left the comfort of the country’s center region, and in 2004, while still advising several vineyards, Eran began exploring locations in the Negev to plant a vineyard of his own.

In 2007, Eran planted the Nana vineyard in the upper section of the Zin River. Two years later, additional vineyards were planted in the area and Eran became the manager of the vineyard project in Mitzpe Ramon, overseeing an area of approximately 450 dunams.

Eran currently serves as Viticulturist and is a partner of the Nana Winery. He is responsible for all the winery’s vineyards.